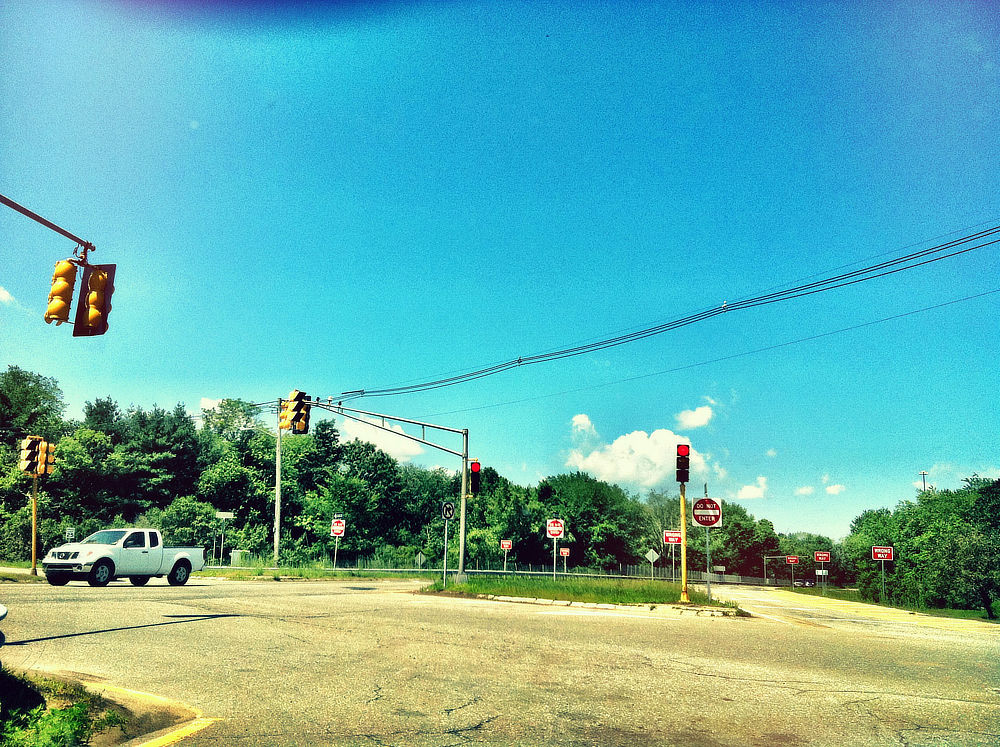 When I was young, I felt that this country was going in a bad way.

I watched as the children around me, my friends from the playground, morphed from innocent playful souls into grabby, self-interested, do-anything-to-win, two-faced actors, devoid of real empathy, trying to figure out how the game works, and adjusting their own behavior to whatever works to get them ahead, never thinking of their own feelings, or any overreaching principles other than survival. Win at all costs, even if it kills you inside. Don't think of the other people at all, because they surely aren't thinking about you. Is this life? This sounds like a profoundly not good state of affairs.

This was early, third grade, when I noticed the change. The feeling stayed with me into university and beyond.

It made me very sad, but inside I also didn't believe that the whole world was like that. It made me want to get out and see. So I did, and my faith was restored. It isn't all like that. I discovered beautiful people everywhere. And it isn't all like that in the USA too. Many people are excellent, and the ones who are in an odd place still hunger for empathy, to give and receive it. It makes us whole. As architects of the future, we have to build things in a way which encourages this.

Whatever happens tomorrow, that we have a sociopath receiving close to half the vote of the country, shows us that we are lost. It is not a freak thing that this could happen. It is a 100% natural outcome of having a sociopathic society.

That the other choice is more of the same market neoliberalism (aka corporate neo-fascism) that has encouraged this very condition to arise, is also quite saddening.

Capitalism needs to die, or morph into something else, lest we destroy all life on this planet. If it continues as it is going, our only privilege left will to be the last ones to die. The first ones to die are attempting to cross the sea into the European Union right now, boarding boats, at great risk, to escape the first wave of mass extinction.

We know now. We can change the rules. Economics is not nature - it's something we made up, and we can change the rules to account for the new knowledge. We are humans and animals and plants and we're all clinging to this flying rock in space, bound to its cycles, together.

My friends in Europe all ask me how Trump is possible, quite mystified.

The way the United States is set up, on an urban planning level, is atrocious, and it contributes to the sad state of emotional affairs. Geography divides us as a people, and media fills the gap with caricatures.

With the exception of a few cities, we do not have many common spaces where you would meet and interact with your fellow humans from all walks of life, and possibly develop these feelings of empathy or civilization. If culture is delivered over the wire, it comes through a filter - a produced and edited thing which is not necessarily reality. We are divided by class, race (itself an imagined construct), split up from each other by cars and headphones and imagined imagery of commercial spaces and talk radio.

We have a million caricatures running our heads, to which we assign everyone we meet. I would be the "weed-smoking hippie" one, because I have light skin and dreadlocks, and thus I am prejudged and dismissed. We look at each other through these lenses of culture and division, rather than seeing the person inside, who is often nuanced and unique, and if you get to know them, you will find out that they just want love and a peaceful life, same as anyone.

Our cities, as you move from East to West, are newer and newer in their design, and most were designed after the car was invented. As a result, you do not have an organic city plan which makes any logical sense - with a city center, some shops, some places where people can mingle and see each other up close and have cohesion. What you get is a giant sprawl, hours of driving to accomplish a simple task, and the social isolation of everyone being in their own cars, listening to the radio that appeals to their sense of self (identity politics). We call European streets "quaint & homey" because inside we long to feel part of a human community. Instead we awaken to find ourselves in a giant game. A competition. An eternal rat race. It's morning in America. Thus, the backstabbing. It makes sense. It's only survival.

We don't fund public transport in any serious way, and thus people who have never experienced the simple joy of heading into town to meet your friend, without an epic travel ordeal, don't believe that it can be done, and they get their own cars, which compounds the problem.

There is generally no mixed-use zoning in the USA, with a few exceptions. What does this mean? It means you can't have the stores where the people are. There is residential, and there is commercial, and nary the twain shall meet. You live in one place, and you have to go somewhere else far away to get your food, and that means driving. The isolation, and all the rest of the ills of a society come off its hinges. Without reality in front of us, we don't know what it is, and we are easily led astray by media pundits and division and caricatures.

The death of empathy comes from brutal capitalism and its toxic effects on urban planning, in my opinion. Death of empathy is end of the planet and all the animals.

You have digital space. That seemed like a way to help. It encouraged me for a while. It is ruled by algorithms now. We are balkanized in there too, by the machine gods.

I don't know where this is going, but in writing this explanation, I just hope to shed some light on our realities, for folks who don't live in the US. If there is one mission of my work, it is to encourage connection wherever possible. to point the finger at systems of divide and conquer, and to humanize all. We're all in this thing together.

But you know, art isn't enough, not anymore. It's the crucial first step, but it is only that. There's action to do. Who's in?